This blog post is, essentially, a cautionary tale. It’s about automatically assuming that we understand a word or a concept, rather than questioning our assumptions—even the most basic of these–and then digging deeper to find an “Aha!”. Let me explain this through the place name Ottawa.

Ottawa is an important place for a lot of reasons. For me, personally, it is the location of the school that I attended, my work location, and the location of friends and family members. Another reason for its importance is that it is the capital of what is now known as Canada. It was also originally an important location for trading, as evidenced by Champlain and the Jesuit Relations.

In fact, this is where the name Ottawa comes from; “Ottawa” is actually Odawa, one of the groups making up the Confederacy of Three Fires  and this word means “to trade” (Ojibwe People’s Dictionary, 2020).

According to the Jesuit Le Mercier, all those who came to trade with the French were known by the term “Odawa”, regardless of their tribal belonging. The Ottawa River, at which several other rivers converge, such as the Gatineau River, the Rideau River, and the Mississippi River, was the “chief artery of the Montreal fur trade as well as further exploration into the interior of the continent” (Taylor, 2019). It was not until the 1820s that a permanent settlement was named Bytown after the Royal Engineer John By, and it was only after it was to become the capital of Canada that a “more Indigenous” name was chosen, i.e., Ottawa.

According to the late William Commanda (often known as “Grandfather Commanda”), Ottawa is the heart of Algonquin territory and its name in Algonquin is Akikpautik (Gehl, 2016). It is a reference to the Chaudière Falls, which been dammed in some form since the 1810s to harness the water’s power (Canadian Museum of History, 2020). The Ottawa River flowed over a ledge at the bottom of which were rocks; when the water hit the rocks, it caused spray to float up from the bottom—similar to what one would see from Niagara Falls on the Maid of the Mist. In her blog, found here Lynn Gehl outlines the meaning of the name and the Algonquin relationship to that name; the falls create a “pipe bowl” with the mist looking like the smoke that floats out of a pipe. In fact, these falls are, according to Gehl’s work with Grandfather Commanda, Creator’s first pipe that was given to the Algonquin people.

The Kanyen’kéha name for Ottawa is Kaná:tso which could be translated as something like “a pot in the water”. Interestingly, the same idea is encoded in the French name Chaudière which is still used today and is also the source of the English name. But what exactly is a “chaudiere” or the -na’tsy- in Kaná:tso? And is it the same as the “pipe bowl” of Akikpautik?

“Chaudière” and “Kaná:tso” are often translated as a “boiling pot” or a “kettle”. (You can even see the French word “chaud” in Chaudière.) When we think of a “boiling pot” in English, we may be thinking of this: 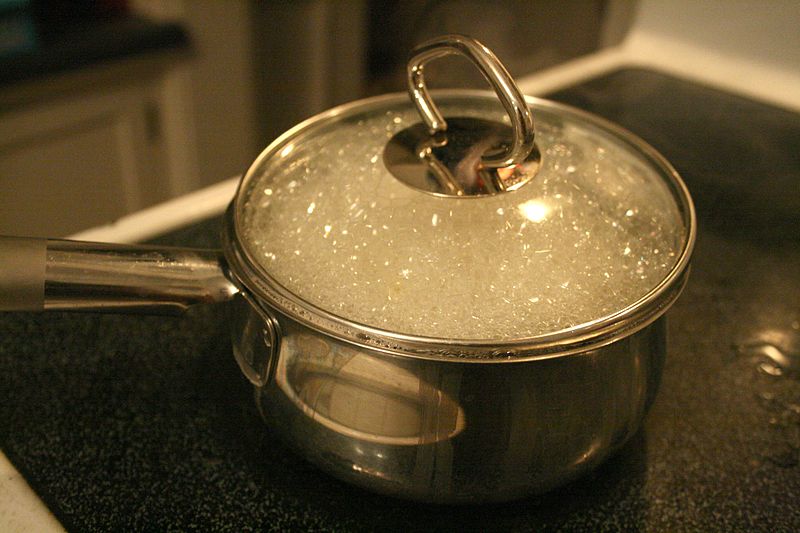 And when we think of a “kettle”, we are probably also thinking about tea: 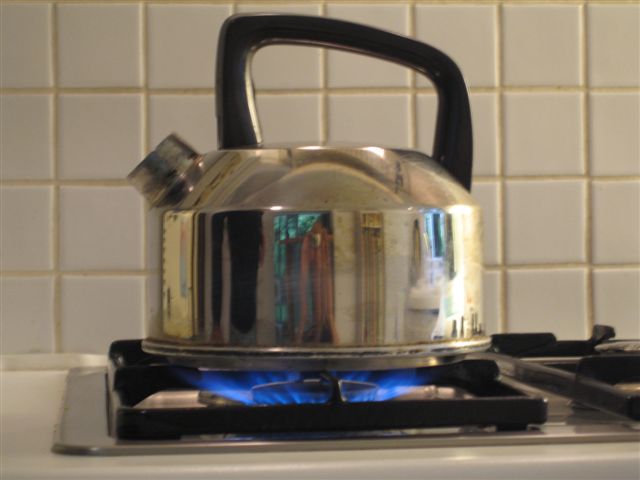 But these are modern innovations that don’t really reflect the meanings of the words used to describe Akikpautik. The reference in “chaudiere” and “kaná:tso” is to a thing that we no longer use, and it is encoded by a word we use only rarely and with a specific meaning. That word in English is “cauldron”. You might see one when you go to “pioneer villages” or at a sugar shack that demonstrates the older techniques of making maple syrup. 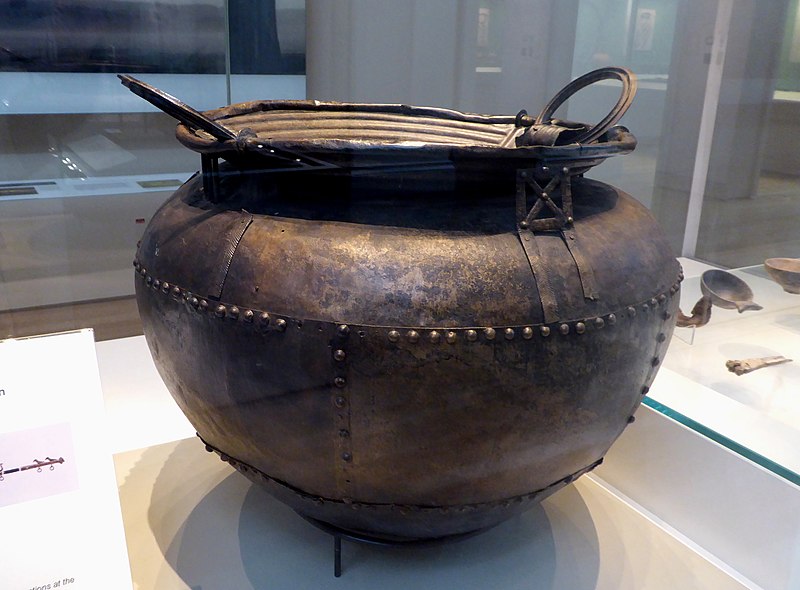 (You may also remember the Disney movie The Black Cauldron, which haunts the blackest recesses of your mind. Just me?) Basically, it is a large, heavy metal (probably cast iron) cooking pot that one would hang near the fire. When the contents boiled, the steam would rise up and out of it. Think, “double, double toil and trouble”:

This metaphor was descriptive and evocative of the place to those who utilized cauldrons (whether Indigenous or non-Indigenous).

The point of this post is to demonstrate that although place names may be translated, changes in the meanings of words and changes to the way we live may render that translation moot. When I first wrote “boiling pot”, did you think of the stainless steel version sitting on your stove top? If I say “kettle”, do you think of “tea”? To me, none of those words conveys the same image or feeling as “cauldron”, which was the original intention behind the name Chaudière. Kaná:tso involves a similar shape as a cauldron, but it is actually sitting in the water in the Mohawk version of the name. But both of these names make more sense not only when viewed through the lens of history (i.e., what people once used to boil water in), but also when we consider the falls as a pipe bowl: a large, concave object made of solid material, from which a mist or vapour emanates. That is what all three of these names have in common: the shape and the idea of holding something (whether it be water or tobacco).

Just because we understand the words and the language does not mean we understand the concepts behind them, and we need to be careful that we are not projecting our own cultural assumptions onto other people. According to Dr. Gehl, the pipe bowl of Akikpautik has a very specific meaning to the Algonquin people. And although Chaudière does a fairly good job of visually explaining a landscape feature, the cultural reference to the pipe bowl also links the Algonquin people to that landscape feature and an act of the Creator (see here for more.)